Innovation is the lifeblood of truly transformative business success but what is it and who has it?

A lot of companies have some initial “innovation” spike where they generate ideas when they first get started and shortly thereafter as they build market.  They may or may not continue to be an influential or innovative company after that first spark.    A good example of that is Uber.  After the initial idea of connecting people by cell phone to get Taxis they have made a number of very interesting innovations including innovations in billing, innovations in new services such as UberBlack and UberSUV and I’ve even heard of UberIceCream delivery.  However, even though Uber looks to be a promising entry for influential and innovative I think it is still too early to tell.  I think we have to exclude companies less than 5 years old living off a single innovation that probably a single creator came up with and the natural evolution of that idea.    I don’t think we can call a company innovative or influential if it really has only had one instance of creativity.

One big question is do the innovations have to be commercial success to be considered innovative or influential?  Apple creating the smart cell phone is certainly hugely successful and the fact it generated the highest profitability of any company in history means this counts as innovation and influential under anybodies definition. Netflix created Chaos Monkey and other open source tools that have had significant impact on the way many companies manage their IT infrastructure and deliver their cloud services.  These things haven’t resulted in an iota of income to Netflix and yet it has had big impact on many people, companies and industries. I would say that Netflix’s innovation in delivering its service and the fact it has made much of that innovation open source means that it has impacted and influenced.  One could say these innovations have allowed them to succeed as a business delivering their services better than anyone else.

One book I read tried to categorize the 100 most important influential people in history.   It did this by adding all the citations and the length of articles in books.    This seems like a possible answer to how objectively identify who are the most influential companies or innovative companies.   This book admits this system breaks down for more recent innovations so it won’t work.

I want to distinguish between companies which were once innovative and no longer seem to be producing innovations for some reason.   This is a list of companies which have done something for us lately not the has beens.

Adobe has innovated in numerous fields and numerous ways over the years.  They have spearheaded the technology for creative professionals in a number of fields and they have made their impact on the web with Flash.  They have had amazing sticking power for some of their ideas like PDF format.   Most recently Adobe has been able to engineer a transition from a license oriented company to a SaaS company with a rising stock price something thought nearly impossible.   You have to admit that Adobe’s success is improbable.  The industries it caters to are notably fickle, resistant to long term value creation.  Yet Adobe has time after time produced lasting innovative change.

I don’t believe anybody imagined Amazon would invent “The cloud.”   Jeff Bezos deserves a little credit for the durability and strength of innovation in his company.  Not many book retailers transform the world.  Let’s say NONE other than amazon.  The cloud is a $100 billion business in 2014.  Amazon has a good stake in the business it is creating and leads but it is only one of many companies taking advantage of the ideas it has pioneered.  Some of the recent innovations Amazon has spearheaded beside “the cloud” include the Echo which was released recently and its soon to be released Drone delivery service.   I don’t think if anyone seriously thinks of innovative companies you can exclude Amazon.  Amazon invented the Kindle, Amazon prime service and numerous other retail innovations that I think make it easily one of the most innovative companies in the world.

I remember purchasing an Ipod in the very early days of Ipods.  When it broke I decided to try a  a competitors product.  After all, in the consumer electronics industry there is hardly ever any company with >5% market share and the products are all roughly competitive.  I returned the competitive product within days when I learned how far off the competition was from Apple.  I am constantly astounded that Apple maintains a 70+% market share in markets where 5% is typical.  Competitors simply don’t “get it” even when the thing is sitting right in front of them.  How stupid are the competitors of Apple?  Some of the amazing things Apple has done recently that astound include the App Store which generated 600,000 apps in 2 years.  Nobody imagined this.   Apple single-handedly has changed what is considered a user interface to applications.  iTunes which revolutionized music delivery.  The iPad which I never thought would be successful or recently the iWatch which I refuse to comment on for fear of being wrong about Apple again.    Apple Pay, Apple Health, and soon Apple Car in Chrysler and other vehicles will be shipped.  Apple has so many things in the works it is single handedly transforming the world of consumer electronics and Internet of Things which is estimated at $10 trillion.  It is even moving into health care.  How can you seriously exclude Apple from a list of the most innovative influential companies EVER.

Cisco has been an incredible innovator over the years making the internet possible.   The evolution of communications technologies is “behind the scenes” for most people but a bewildering evolution of technologies over the years has proven Ciscos continuous innovation credentials.   Over the last 10 years it hasn’t been as clear that Cisco has been innovating as much or fast.   Companies such as Qualcomm communications and LG in Europe, have eaten their cake in mobile.   Cisco has been spearheading SDN which is a technology critical to making the cloud cheaper and easier to manage.

This is another hands down no questions influential company.  When Google started people asked how would the company ever make money?  Nobody had any idea and it became a joke.  It is no joke today.  The company routinely innovates new services, new products on a torrid pace.   It is simply beyond question one of the most innovative companies ever.   Google recently has been experimenting with self-driving cars which nobody thought was even remotely possible a few years ago.  Delivery from first manufacturers is planned for 2020. Google consistently innovates in the software industry with its open source projects it drives progress in all aspects of software.  Its influence cannot be overestimated.  Some of the innovation I worry about.  Its almost monopoly position in many businesses such as personal cloud services, Google search, advertising mean it has more data and knowledge of every living person on this earth than any other government or company.   Recent innovations in Internet of things is very interesting and unproven.  They have been doing groundbreaking work on computer artificial intelligence with deep learning and using quantum computers.   Android is the only serious competitor to apples iOS for cell phones.  Their ability to maintain competitiveness with Apple points to the strength of their innovation.   I personally think many software aspects of their phones are better than Apples.

I put IBM on the list because I believe that this is a company I never thought would be relevant today.  When Microsoft and the PC virtually destroyed the mainframe it seemed a virtual certainty the company would die or become a has been.  IBM continues to embrace and innovate in technology and services.  It has had to rebuild itself from the ground up.  It has recently done things such as Watson in artificial intelligence and is working on quantum computers.   It has significant efforts in open source projects, cloud and bigdata.  IBM is unbelievable in its ability to keep reinventing itself and remaining relevant.   While I see that it is struggling to remain on this list I am impressed by the its history of innovation as well.   I am convinced this is a company we have not heard the last from and is constantly underestimated.

This is another no-brainer.  Intel has been behind Moore’s law for decades.  Innovation at Intel at a breakneck pace was de rigueur.  Innovation on schedule.  150% a year year after year for decades.  Intel today is still the biggest CPU maker but it has not been as innovative in taking its hardware business into Mobile.  It has significant legs in IoT  but has missed the initial hobbyist and most cost-effective IoT hardware spaces.  I put Intel on notice that they’re indisputable record over time in innovation is tarnishing badly.  They need some big wins in IoT and in Quantum computers and / or some other areas nobody imagines.  Possibly cars, batteries or something new.

Netflix started as a DVD rental company.  Many may not remember that.  Its transformation to the leading media distribution company hasn’t been easy.  There have been numerous changes.   Along the way Netflix broke it’s business in two.  Then reintegrated it.  It decided to build on the cloud initially and has spearheaded making the cloud work along the way using open source and contributing to the development of cloud technology that many companies now leverage.  Netflix started creating their own content, a revolutionary idea for what is primarily a technology company. 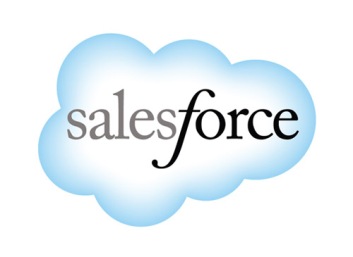 When Marc Benioff started Salesforce I spoke at many conferences where Marc would speak.  I saw the brilliance he was trying to achieve but they had significant obstacles.    Nobody knew if you could take a SaaS version of CRM and make it succeed.   Along the way Salesforce has innovated its way into a powerhouse that drives business around the world.  It has legitimized SaaS for businesses.    It has laid ruin to its competitors and created new paradigms for how businesses leverage their sales information.   The development of the Force.com platform was significant innovation in delivery of applications and integration.   Salesforce continues to innovate in social aspects of sales.

I admit that Tesla is on the margin of my definition of innovative companies since it is young and basically has one product which is the S model electric car.    However, Tesla has innovated at an incredible pace and is innovating well outside the traditional car manufacturer.   I believe Tesla has created disruptive potential for the car service industry, the IoT car, the self-driving car, the user interface of a car, the safety of a car, the fuel industry and fuel distribution.  Innovating and disrupting each of these areas is not necessary to the basic business of building an electric car.  Tesla sees its success depends on solving the holistic problem for the car owner.   This is similar to Steve Job’s idea that to compel loyalty and grow an innovation you have to give the consumer the ability to use the innovation, service it, really live with it and grow with it.    I have written a blog about all this innovation Tesla has created that is disrupting multiple aspects of the car business.  See my blog  :tesla-update-how-is-the-first-iot-smart-car-connected-car-faring

I want to make clear I do not consider this list comprehensive and am absolutely happy to have additional candidates to this list.   My conditions for companies to be on this list are that they have a history of world changing innovation more than once.  That they continue to innovate in the last 5 years.