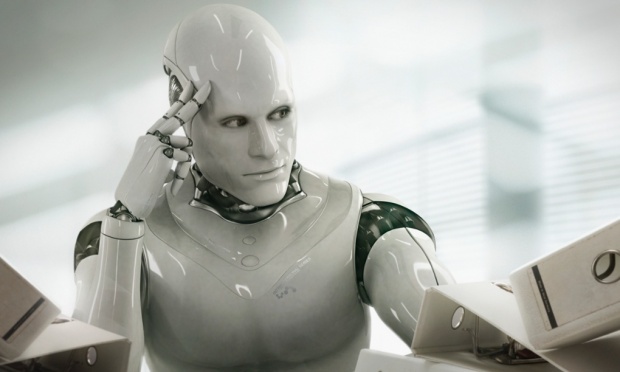 How do current CNN compare to the scale of the human brain?

We know that the human brain consists of a 21 billion neurons and somewhere between 1 trillion and 1000 trillion dendrite connections.  The closest species is an Elephant which has half as many neurons as a human brain.    We can therefore postulate that higher level learning  requires at least 12 billion neurons and probably >10 trillion dendrites.   The human cortex is composed of 6 layers that might correspond to the layers in a CNN network but not likely.  The human cortex is what is called “recurrent” which CNN neurons can be configured as well to be.   In recurrent neural nets the output of higher level neurons is fed back into lower levels to produce potentially an infinite number of levels of abstraction.

An information theoretic approach to this problem  would suggest that until we are able to build CNN with billions of neurons we are not going to get “human challenging” intelligence.   The largest CNN built today is 650,000 neurons or about 1/20,000th the number of neurons in the postulated needed quantity to achieve minimal human intelligence.   However, if the equivalent of dendrites is the connections of the neurons in our neural nets then we are 1/20 millionth of the way to having a sufficient CNN.   The problem with making larger CNN is that the computational and memory problems of larger CNN grows exponentially with the size so that even if we could design a CNN with 20,000 or 20,000,000 times the CNN neurons we would need all the compute power ever built in the world to operate one functioning slightly smarter than one elephant level brain.

It simply wouldn’t be economic in the near future even 10 years hence assuming massive improvements in compute power to use nearly all the compute power of the world to build one slightly dumber than a human brain assuming that this technique of CNN or DBN proves to be scalable to much larger levels.

Some will object to this simplistic approach of saying CNN are far away from human intelligence.

CNN, DBN or any XNN technology have NOT demonstrated the following characteristics of intelligence and awareness:

1) Plasticity – the capability to adapt to new data to revise old abstractions.  In these CNN systems the neurons are essentially frozen after the learning phase.   This is because if they don’t additional data doesn’t reinforce the neurons but leads to the neurons becoming less and less discriminating.   Clearly this is not a characteristic of the human brain.

3) Planning – no CNN does anything close to “planning”, whereas we know that planning is a separate function in the brain and is not the same as recognition.

4) Memory in general –CNN  Neurons in a sense are memory in that they recognize based on past data but they are an invisible memory in the sense that the underlying original data fed into the XNN is not remembered.   In other words the XNN doesn’t remember it saw a face or text before, it cannot go back and relive that memory or use an old memory to create a new level of abstraction.   We have no idea how to incorporate such memory into a CNN.

5) Experiential Tagged Memory – CNN do not experience time in the sense that it can relate events to time or to other experiences or memories.   The human brain tags all memories with lots of synthetic information, smells we had at the same time as we experienced the event, feelings we had, other things that happened at the same time.   Our brains have a way of extracting memories by searching through all its memories by any of numerous tags we have associated with those memories.  We have no such mechanism in CNN.   For instance, if we did have 3 CNN’s, a text recognition CNN, a object recognition CNN and a voice recognition CNN we have no idea how combining those CNN could produce anything better.

6) Self-perception – CNN do not have a feedback of their own processes, their own state such that they can perceive the state of their neurons, the state of itself changing from one moment to the next.  A human has an entire nervous system dedicated to perceiving itself, Proprioception is an incredibly powerful capability of living things where they can tell where their arm is, how they feel physically, if they are injured, etc…   These innate systems we have are fed into all our learning systems which enable us to do things such as throw a ball, look at ourselves and perceive ourselves.  No CNN has anything like this.

7) Common sense – CNN do not have a sense of what is correct and what is wrong.  An example would be if we create a “self-driving” CNN and the CNN discovers the rules of driving it will not be able to make a judgement about a situation it hasn’t been explicitly taught.   So, if presented with a new situation at a stop light it might say the best thing to do is charge through the stop light.  There is no way to know a priori in advance how a CNN will operate in all situations because until it has been trained on all possible input scenarios we don’t know if it will make a big mistake in some situations.  It may be able to see a face in numerous pictures but a face we humans easily see the CNN may say that it is a tractor.

8) Emotions – As much as emotions don’t seem to be part of our cognitive mind they are a critical part of how we learn, how we decide what to learn.  Emotions depend on having needs and we have not figured out how to represent emotions in a CNN.

10) Qualia – CNN have no way of determining if something smells good, looks nice or if things are going well today.   We have no way of knowing if a CNN could ever have a concept of beauty.

Some of these things may be possible with CNN we just don’t know.   Some we may discover may be easy to add to CNN but in any case the sheer number of unknown things, the complexity of all these other mechanisms clearly involved in higher level abstraction, thinking and consciousness simply aren’t demonstrated in CNN therefore I state unequivocally that we are NOT on the precipice any time soon to a higher level intelligence as Elon Musk, Bill Gates, Stephen Hawking suggest.   CNN are cool technology but they are nowhere near able to represent higher level thinking yet.

CNN, DBN, XNN technology is definitely important and is helping us build smarter devices and smarter cloud, smarter applications.  We should leverage our advances as much as possible but I would say is clear we are nowhere near the danger feared by some about this technology.  These XNN technologies today lack a huge amount of the basic machinery of intelligent thought and planning, logic, understanding.   There is much that we simply have no idea if this technology will scale or get much better in 5 years.   This technology with the recent advances may simply like other AI techniques reach a wall in a couple years and we are stuck with no better way to move the ball forward to building intelligent machines.

To get links to more information on these technologies check this:

Articles in this series on Artificial Intelligence and Deep Learning